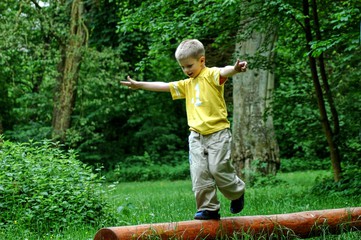 Why do some people find it hard to apply the Alexander Technique? With some pupils, it’s really as if the spirit were willing but the flesh is weak.

They might be able to use themselves very well as long as they give their use 100% attention, but as soon as the demand goes up a little, eg talking, interacting, walking, doing anything at all, it’s straight back to the old patterns. It’s as if those patterns reside at a level in the nervous system that are not completely open to cortical control, or something else is also plugging in and steering the person’s responses.

I have seen this among pupils, trainees, and even among experienced and effective Alexander Technique teachers.

A primitive reflex is an unconscious stereotypical movement which has a role in developing an individual’s musculature and neurology. The sequence of primitive reflexes prepares and develops the foetus’ and neonate’s neuromusculature, leading towards integration and the capacity for free ego expression. The postural reflexes provide mature balancing, movement and behavioral responses. Their working rests upon the inhibition of the primitive reflexes. Free and responsive cortical control is not fully available when the effects of retained early reflexes echo through the neuromusculature.

This early developmental process often is not complete; it may be disrupted for a variety of reasons and in different amounts. Also, even if complete, trauma, eg a whiplash injury, may cause the re-emergence of a primitive movement pattern. (This can, by the way, explain the nature of on-going problems following a whiplash injury). This means that in order to function we may be obliged to enter into some sort of compensatory pattern. I believe that in some of our adult pupils, what we may often be working with are the adaptations that the individual has unconsciously been obliged to enter into, in order to function in a body which is being at least partially steered from this neurologically deeper level. Depending on the strength of any such influence, it may be difficult for the pupil to apply the basic principles of the AT.

Common retained reflexes, which are fairly easy to spot, include the Moro, TLR, STNR and ATNR. An individual with such retained reflexes will still learn to get up and walk and function within the normal range as adults, although they may indeed find some aspects of learning difficult.

But there is always a cost associated with a neural pathway which is not the simple pathway. The cost is greater effort physically and mentally – fatigue, stress, and tension aches and pains.

Some authors give the impression that reflex inhibition is the whole solution. However, both from an Alexander Technique point of view, and also from the the point of view of the Extra Lesson, I think it’s probably only part of the picture. Beware of anyone peddling simple solutions to what is probably a complex problem. It usually takes time!

And depending on the depth of the retained reflex(es), steady Alexander Technique work may make a huge difference.