Exercising but getting injured? 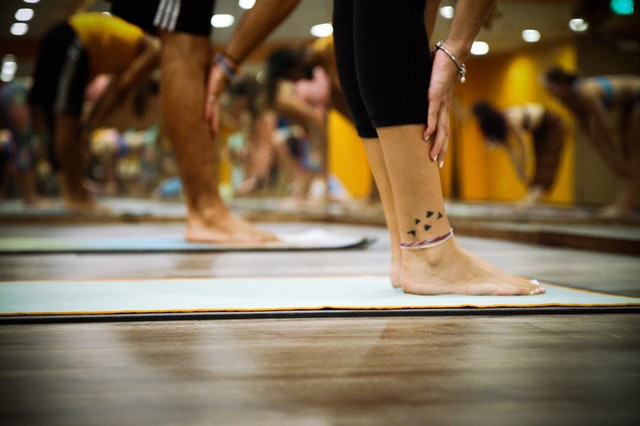 Would you like to be able to perform your choice of exercise with efficiency and grace?

Would you like to ensure good “form” whether in the gym, jogging, swimming, stretching, walking or even in martial art forms?

Would you like to avoid strain on joints or other tissue when you exercise?

What have summer and winter Olympic athletes, marathon runners, hammer throwers, elite equestrians including Australian Olympian Mary Hannah and the entire British team, multi-disciplinarian Daley Thomson and many others in common?

They have all used the Alexander Technique to improve some aspect of the way that they function – breathing, freedom or efficiency of movement, balance, dealing with stress, aches and pains or injuries.

In the early l950s, Percy Cerutty, the celebrated and sometimes controversial athletics coach, wrote in a letter to his Alexander teacher, “Alexander is a “must” for all competing athletes. You have taught me a lot of interesting material about the correct use of the body which I have passed on in my training with marked results eliminating bad use.”

The Technique is particularly relevant because it is directly concerned with the working of the “postural reflexes”, i.e. the mechanisms that enable us to support and balance our bodies against the ever present pull of gravity while we go about our daily activities. It addresses how to move with an economy of effort and maximise poise and balance.

How hard are you making it?

The tensions and distortions that most of us, over the years, build into our habitual way of being and which have thus slipped below the level of our conscious awareness, provide an on-going restriction to the working of these natural postural mechanisms. This restriction renders movement more effortful and less efficient than necessary and can predispose us to injury. In our sporting activities, we are coping not only with these on-going interferences, which give us our “base line” of tension, but also often with further interferences engendered by the situation, e.g. the challenges involved in learning a new skill or the pressure of competition.

In other words, we’re making hard work out of simply standing upright, before complicating things with moving.

In training or competition this is often more so, at exactly the time when economy of action and an absence of tension would be most desirable. This interferes not only with our poise and coordination, but also with our perception both of our inner environment, for example failing to notice that we are tensing our shoulders or holding our breath, and of our outer circumstances, so that for example, distances seem greater, or it feels as if we have insufficient time.

Enhancing kinaesthetic awareness (awareness of one’s inner environment), and learning greater control of one’s mechanisms of balance and coordination are an enormous help in any activity.

It is not just the elite who can learn to optimise their way of working with themselves to gain that competitive edge. Sports people who have trouble improving beyond a certain level can also gain. Technical imperfections can easily be unwittingly established as part of one’s basic modus operandi, limiting further improvement. Who at some time has not said to themselves, “My brain knows what to do but my body won’t do it”?

Discovering that not trying so hard can mean moving further, faster and with less effort, often comes as a pleasant surprise to many people.

The Alexander Technique gives us some simple ground rules through which we can observe ourselves, in order to achieve a gradual general improvement in poise and coordination, as well as simultaneously supplying ourselves with conditions most conducive to the development of a skill and reducing the risk of injury.